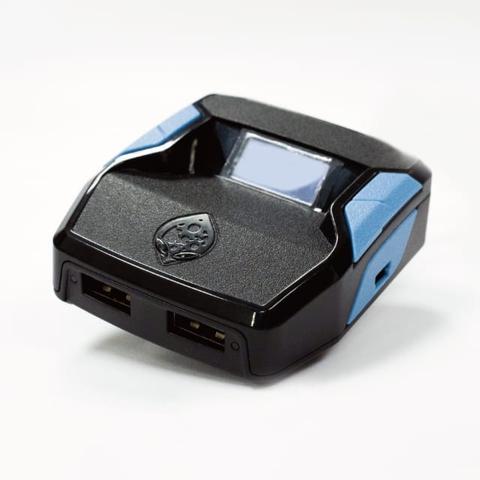 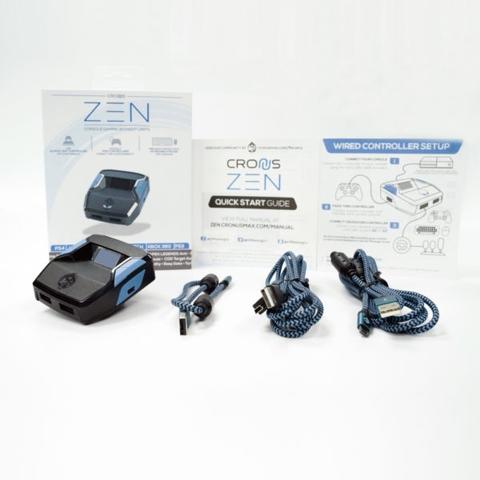 Cronus Zen is a breakthrough device founded on the rich legacy of CronusMAX devices and recognized as the definitive controller adapter. Zen moves that legacy forward giving the gamer the most powerful platform on the market, allowing unparalleled keyboard and mouse precision combined with unsurpassed MOD scripting capability of combos and macros with the new Zen Studio software.

UNLOCK THE FULL POTENTIAL WITH ZEN STUDIO Zen Studio windows software provides easy access to the most advanced MODS, Scripts, and Macros. Our powerful GPC scripting language gives beginners and advanced users the ability to run millions of mod combinations on a controller without special chips or soldering. Compatible with the award-winning CronusMAX PLUS, the GPC Library contains thousands of free, ready to use scripts for the very latest games. GamePacks are by expert gamers who spend hours playing the latest games, unlocking mods and exploits to work specifically for each game.

Driving enthusiasts can use any Logitech G25, G27 and Driving Force GT wheel plus many Fanatec wheels on a PS4, including full Force Feedback, pedals and shifter support.

CHOOSE THE INPUT DEVICE THAT SUITS YOU BEST, WIRED OR WIRELESS Zen allows the use of your favorite gaming controller on most consoles, all versions of PS4, Xbox One, PS3, and X360 are supported. Controllers and consoles can be used wirelessly with built-in Bluetooth or by external wireless adapters, you can even use a Keyboard and Mouse. With Zen Studio software re-map Controller Sticks, D-Pad, Bumpers, Triggers, Paddles, and Buttons on compatible controllers to completely customize your controller layout. (An original controller that matches the console, connected via USB required for authentication and use).

Precision Keyboard and Mouse optimization for your favorite games, get the edge in FPS games with advanced 1:1 controller to mouse conversion with no lag. Utilize Zen to provide the highest speed and accuracy aiming possible in console shooters. Use your favorite keyboard and mouse on your console with the biggest FPS games like Fortnite, Apex Legends, Call of Duty, Battlefield, Overwatch and many more! The Zen is detected as a controller, so no segmented lobbies, compete head to head directly with controller users. Activate specialized Zen MOD scripts and GamePacks to dominate the competition, Zen also empowers the gamer with the ability to mix and match different devices to give you freedom over your playstyle. Analog control support is also included (thumbstick) for player movement combined with the high fidelity aiming of a mouse.